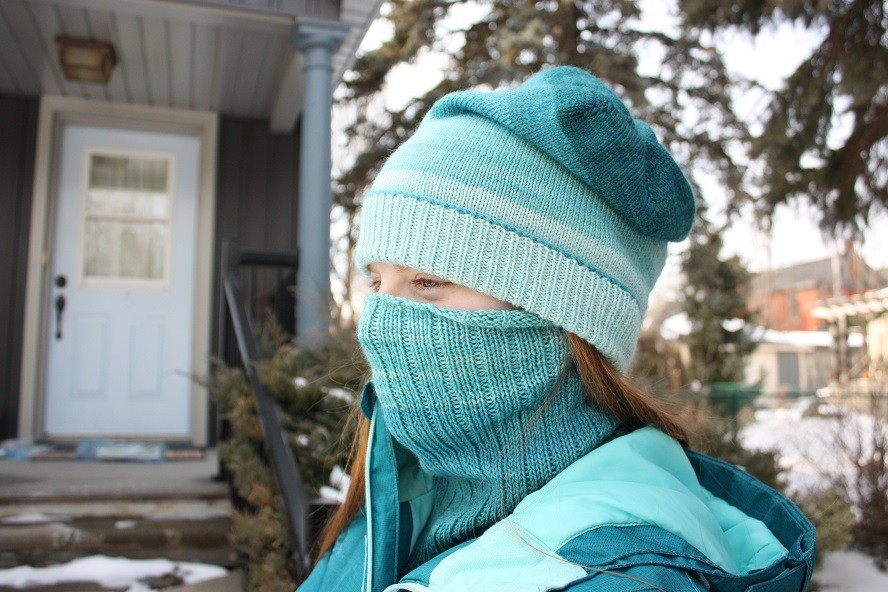 I purchased my first mini-skein set this fall with 2 specific purposes in mind:  1) To try a gradient, 2) To make Lauren a new hat and cowl.

I had so much trouble finding a pattern to make with a gradient, I decided to just improvise one.  It occurred to me that others might have the same struggle, so I’ve decided to share my notes here. 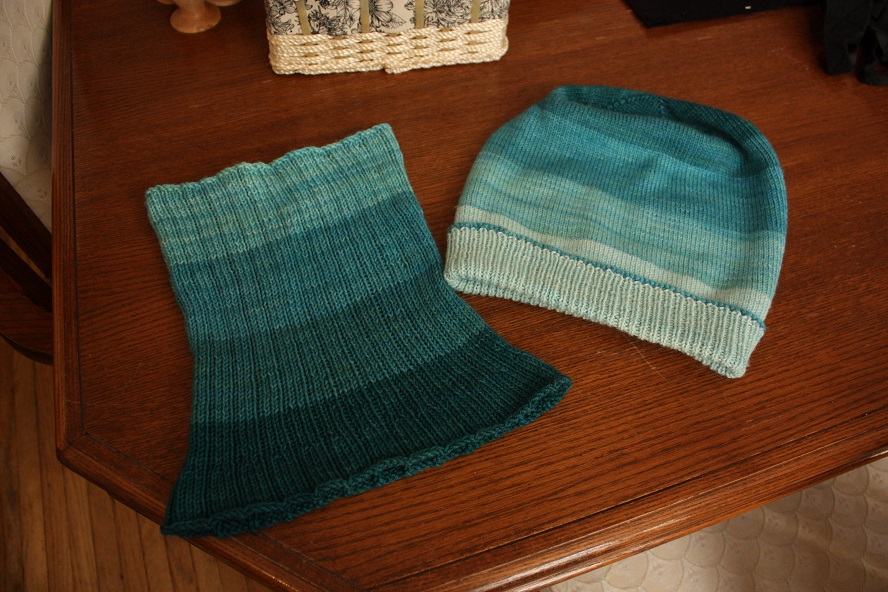 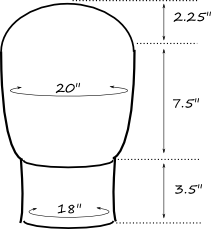 Needle:  2.5mm Knitpicks Caspian Needles with 40” cable. 40” because I use magic loop when I knit in the round.

You’re more than welcome to use my notes here to make this hat for yourself – but please consider them just notes.  These notes assume you are familiar with the basic knitting concepts and abbreviations, and are no where near as detailed as my real patterns.  They are just meant to help out the tired knitter, that just bought a pretty gradient and just came home from work and just wants to knit something fun without having to think or pattern search too hard:)

Note: The reason why the first few rows were knit flat before joining in the round, is so that you will be able to knit through the stockinette section later on (instead of purling), and so that the right side of the cast-on edge will show when the brim is folded up. You will use the cast-on tail to sew up this little gap in the ribbing at the end.

During this plain stockinette portion, change colours whenever you like.

I chose to knit until the “West Wind” was used up as I liked it best. I then knit a few inches of each of the remaining colours. There will be plenty of leftovers no matter what you do, so change wherever you like.

At the end of the 11”, whatever colour you are using will be used to finish the crown.

And the cowl?  I’ll be writing that up for next time:)

This site uses Akismet to reduce spam. Learn how your comment data is processed.